hypanis.ru A new movie about 1980s Britain captures the America we are losing - All Bruce Springsteen
RSS 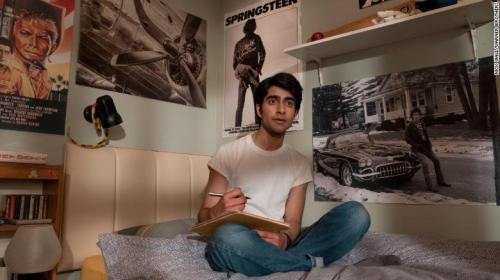 Viveik Kalra as Javed, a Pakistani teen in “Blinded by the Light,” which hits theaters this month.

S. Mitra Kalita is the senior vice president for news, opinion and programming for CNN Digital. She is the author of two books, including one about Indian immigrants in New Jersey.

(CNN)There’s a scene in the new movie “Blinded by the Light” where British protesters harass and assault a Pakistani family on their way to a wedding. Their teenage son is nowhere to be found; he’s off buying Springsteen tickets.

I watched it unfold and began to sob. Not at the racism, as awful as it was, but seeing myself in a teen who turned a blind eye to all his parents endured in pursuit of happiness. As the film’s eponymous song goes: “Mama always told me not to look into the sights of the sun. Oh, but mama, that’s where the fun is.”
It’s not surprising that Gurinder Chadha’s film evokes such recognition among my generation, born to post-World War II immigrants, now reaching middle age and raising children of our own. It joins a growing genre of Asian-American movies with old world-new world tensions at their heart: “The Farewell,” “Meet the Patels,” “Crazy Rich Asians,” “Always Be My Maybe” and Chadha’s own sleeper, “Bend it Like Beckham.”
Timing is everything, though, and my hope is that a broader audience sees this movie — shot almost entirely in Britain — for what it actually is: an ode to America. I saw the movie the week President Trump made his “go back” comments, and it contextualizes both his point of view and the hurt with which it lands.
“Blinded by the Light” tells the story of Javed, the son of Pakistani immigrants — his mother works as a seamstress and his father loses his job in an auto factory. Javed turns to poetry to both capture and escape his 1987 suburban British existence; his hometown of Luton, he writes, “is a four-letter word.” 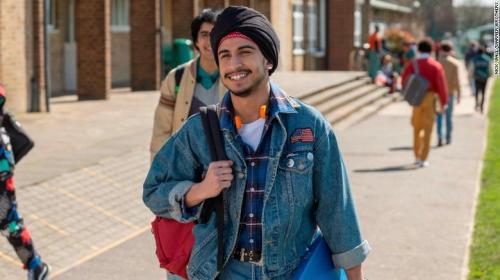 In the movie a Sikh classmate introduces Javed to Bruce Springsteen.
All around him, tensions flare. Skinheads taunt him on the way home from school and there’s the broader political backdrop of Prime Minister Margaret Thatcher’s re-election bid. The Iron Lady was not known for rolling out a welcome mat to the Commonwealth’s former subjects. She once explained, “People are really rather afraid that this country might be rather swamped by people with a different culture.”
It is a Sikh classmate who hands Javed a cassette tape of Bruce Springsteen. Javed gets hooked, as if the Boss — a continent and several cultures away — uniquely understands his pain. He becomes obsessed with lyrics about class struggle and identity, so far from the expectations of Pakistani and British society. And through this a portrait of the hardscrabble American dream emerges, along with Javed’s yearning to be a part of it.

We know the feeling of being trapped in the middle

In 1988, a year after the setting of this movie, I moved to Springsteen’s native New Jersey. The state is a frequent muse and backdrop to his songs, and rightfully so. My parents emigrated from India to the US in the early 1970s and I have lived all over — Puerto Rico, New Delhi, New York City, Los Angeles, Washington, D.C.
I can attest to the fact that New Jersey is the most American place on earth.
New Jersey is the ether of a laid-off worker trying to find his place, of an immigrant who escaped family dysfunction and political violence, and of a teen who thinks Jersey is a four-letter word, too. Its density breeds diversity, for New Jersey can make room for anybody. Like 53% of America, the state is largely suburban, at once labeled a commuter’s paradise and the armpit of America for its neither-New York-nor Philadelphia identity.
We know this feeling of being in the middle, trapped as translators. After January 2018, when President Trump referred to some immigrant homelands as “shithole countries,” I desperately tried to shield my parents from the news. My kids, too. The cursing was secondary to my deeper fears that they would no longer feel they had transcended one home, or fully belonged in another.
We’ve been here before. In 2017 I wrote about witnessing a man telling my neighbors to go back where they came from. Then too, I did not want to tell my father, nervous it would taint his view of his home of 50 years, a place that has given us so much. 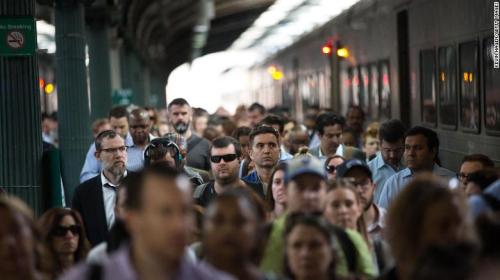 Passengers disembark from a New Jersey Transit train at the Hoboken terminal.
I forgot how Papa knows better, has seen more.
“There will always be those people. But they are the minority in America,” he told my daughters. “You have to believe that.”
He’s not naive. He was never beaten up like Javed’s dad, but his name’s been shortened, his accent mocked and his otherness scorned by co-workers. Our parents arrived at a time where these comments and beliefs were common. They combated these prejudices through hard work and by keeping their heads down.
In the film, Javed’s father advises his son do the same. Study economics, not writing, he says. To which Javed screams, “I don’t want to be your son! I want to be more than that!”
Indeed, our generation had high hopes. While my own schooling in the 1990s was filled with schoolyard taunts, it also forced and inspired change. English classes introduced us to Toni Morrison and Zora Neale Hurston, Gabriel Garcia Marquez and Amy Tan. School textbooks were revised to use terms such as Native American, to mention that George Washington owned slaves. In social studies, I had to memorize the five pillars of Islam.
The 1980s were tense and uncertain, for sure, but we kept hope alive, in echoes and applications of the civil rights movement. Our parents kept their heads down — so we didn’t have to.

Now we wonder each morning which America will greet us

Since the 2016 election, decades of all that progress slipped into reverse. Hate crimes rose 17% in 2017, compared to the year before. And so our behaviors are changing. I find myself hesitating to speak our native Assamese in stores or on airplanes. I see videos of racist acts on the subway going viral and I wonder if I should hide them from my daughters or expose them and proffer tips on how to stay safe.
I wonder if I want them to intervene if they see others being victimized or just keep their heads down.
Today, we ready ourselves in the morning for work and school, and we wonder which America will greet us. In the ultimate irony, fear and uncertainty also propel some Trump voters. 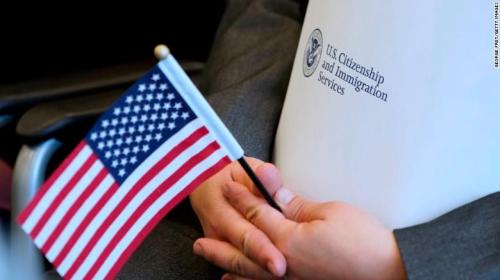 An applicant waits to take the oath to become a US citizen on April 10, 2019, in Salt Lake City.
Pew Research reported in 2016 that roughly a third of white voters — rural and suburban alike — feel pessimism about their children’s financial future. This feeling both divides and unites people from shithole countries and this one, too: a fear our kids might have it worse than we do. And that’s the least American thing ever.
There’s irony in a Pakistani teen longing to escape racism in Britain for an idealized America that may not exist anymore. But Springsteen reminds us that there’s always been a gap between the inclusive American ideal and the harsher, complicated reality.
“Tell your stories. But don’t forget ours,” Javed’s father tells him. He’s right.
This movie does that. It offers what feels so unattainable right now — a representation where a laid-off Trump supporter and a left-leaning union guy and a teenage child of immigrants all might see themselves. They might find common ground in that most Springsteen of ideas — being “born to run” — and settle on the idea of a country that has room for all of them.
This ragtag medley of people who feel they don’t belong, who escaped and demand greatness from this land, is actually what makes America great. I must believe this.
Because my parents, they ran. Me, I have nowhere to go.