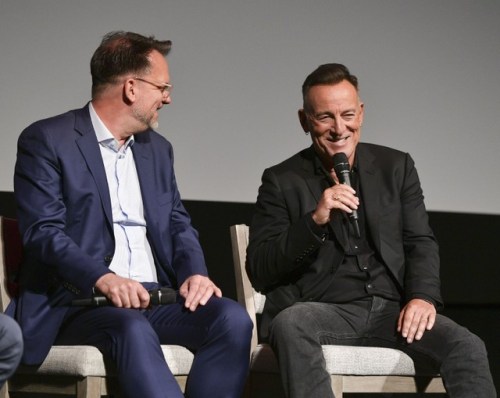 Bruce Springsteen’s recent Netflix special Springsteen on Broadway won the Creative Arts Emmy Award for Outstanding Directing for a Variety Special. The film was up against another Netflix feature in the form of Beyoncé‘s Homecoming, but ultimately won out against the Lemonade vocalist, as well as other nominees including James Corden’s Carpool Karaoke: When Corden Met McCartney Live From Liverpool special.

“Although it’s a great honor to have the body of work, working with him, I never think about it like I’m his filmographer or this [next] job is there,” director Thom Zimny told Variety last month about the nomination. “Starting from ground zero is really important for me, because then you’re not riding on anything.”

“It’s not a straight concert film; it has moments of him reflecting and talking about new music,” Zimny told Variety. “And we go in and out of these moments to a live performance of the new album. The beauty of filming a 30-piece orchestra perform this new music live meant there were a lot of new choices we could use in trying to capture it visually.”

Elsewhere at the Emmys, Leaving Neverland—the harrowing documentary about the sexual assault allegations made against Michael Jackson—took home the award for Outstanding Documentary or Nonfiction Special.

Bruce Springsteen’s latest album Western Stars was released in June, featuring the singles “Tuscon Train,” “There Goes My Miracle,” and “Hello Sunshine.” Revisit our list of the 10 songs that paved the road for Western Stars here.

Bruce Springsteen: I want to make a rock record with the E Street Band

The band is getting back together, the Boss said during a Q&A at a screening of his film, “Western Stars,” Sept. 12 at the Toronto International Film Festival. 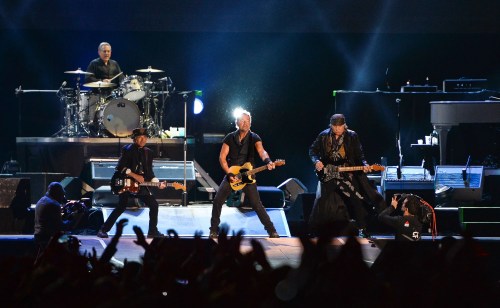 Bruce Springsteen performs with The E Street Band at the Rock in Rio Lisboa music festival at Bela Vista Park in Lisbon on May 19, 2016. (Photo: PATRICIA DE MELO MOREIRA, AFP/Getty Images)
“We want the band to get back together,” said Springsteen to applause. “I’ve got some songs written for the band and I’d like to make a really good rock band record with the E Street Band.”

“Every once in a while my lovely wife will say, ‘the world sure needs an @springsteen #estreetband right about now’ couldn’t agree more,” said Lofgren in a reply to tweet that included a video of the Springsteen statement. “I’m ready.”

Every once in a while my lovely wife will say, “the world sure needs an @springsteen #estreetband right about now” couldn’t agree more. I’m ready. https://twitter.com/donniemountjoy/status/1172625326741970945 …
Donnie Mountjoy@DonnieMountjoy
Replying to @azsweetheart013 @springsteen

Happy for you! Happier for @nilslofgren knowing how much he loves to play! Even happier still for us in the (future) audience!

‘The kitchen remodel is a go. Thanks @springsteen  Good news!” tweeted Amy, having some fun with the thread, which became quite lively on Saturday, Sept. 14. 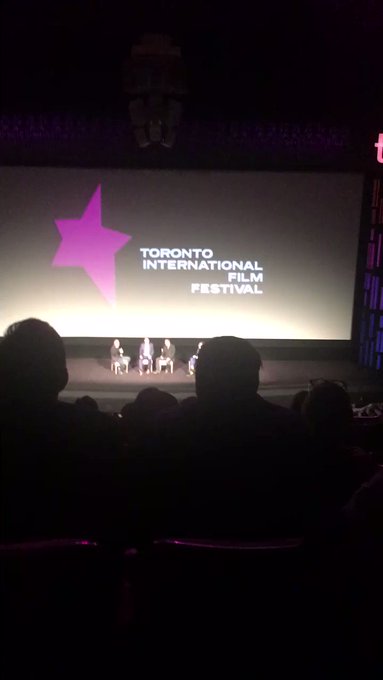 The Springsteen comments in Toronto echo what the Boss told an audience at the Netflix Emmy Awards’ “FYSee Experience” in May in Los Angeles.

“About a month or so ago, I wrote almost an album’s worth of material for the band,”  Springsteen said. “And it came out of just … I mean, I know where it came from, but at the same time, it just came out of almost nowhere. And it was good, you know. I had about two weeks of those little daily visitations, and it was so nice.” 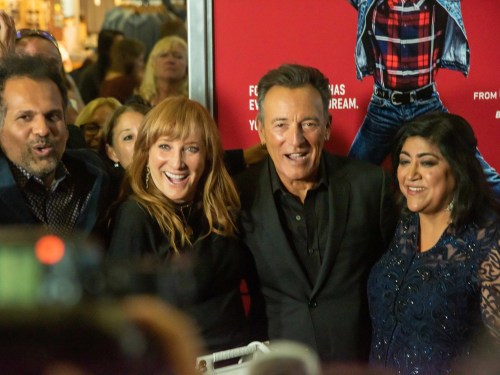 Upcoming is the filmed version of “Western Stars,” a Springsteen solo record inspired by the Southern California  sounds of the early ’70s. The movie, co-directed by Thom Zimny and Springsteen, hits theaters on Oct. 25 and preview showings are scheduled for Oct. 19 and 23 via www.fathomevents.com.

Chris Jordan, a Jersey Shore native, covers entertainment and features for the USA Today Network New Jersey. His multiple awards include recognition for stories on both Bruce Springsteen and Snooki.  Contact him at @chrisfhjordan; cjordan@app.com. Stay with app.com or consider a subscription today.