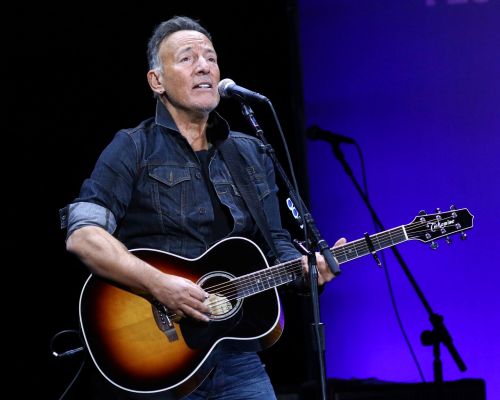 On Saturday, the Boss rolled through the historic Stone Pony in Asbury Park, N.J., playing for two hours at a private gig to benefit the university.

Backed by former Bon Jovi rhythm-guitarist Bobby Bandiera and his band, with E Street Band drummer Max Weinberg also joining for about half the set, Springsteen tore through 22 songs, opening with “634-5789” and ending on a solo acoustic version of “Thunder Road.”

The surprise appearance marked Springsteen’s first show at the Stone Pony in support for Boston College, where his son Evan earned his undergrad, since 2011. With his kids out of college, Saturday’s date came as that much more of a surprise, but Springsteen’s no stranger to revisiting old stomping grounds. The rock legend is from Asbury Park and has been closely tied to the city’s premier rock venue since its opening in 1974. Bringing E Street members back together may be a sign of big things to come; Springsteen recently teased in numerous interviews that he plans to record with the E Street Band and tour with them as soon as next year.